Why Ole Does Not Deserve Klopp Time

There’s been some noise from a certain section of Man Utd fans clamouring for Ole to be given the same amount of time as Jurgen Klopp to prove himself.

Ignoring the insanity of the above suggestion based on the gulf in the two managers’ respective experience, previous track record and clear evidence of progression in their current roles as reasons why Klopp was and Ole shouldn’t be given time, making the comparison with a Liverpool manager is probably the wrong view. You should be looking at the Liverpool board’s decision-making managers and comparing their differing responses to Klopp and to one of his recent predecessors, Roy Hodgson.

Now, let’s take a loot at Hodgson, I researched on his career with interest from the early 90s as a unique English manager who’d served his time abroad and have always had a soft spot for him. However, it was very clear, very early on that he was the wrong man at the wrong club at Anfield and the best thing for both parties was for them to part ways, which they did six months and a week after he started and with the club in ninth place.

Compare that to Klopp, who after finishing eighth in his first (half) season saw him rewarded with a new six-year deal that summer.

It’s not (totally) about league position and qualifying for Europe, it’s about signs and evidence that the manager is the right person to deliver progression and meet the clubs goals – and on that score it’s very debatable that Ole is the right guy.

Klopp did prove that (Europa League final, historic win v Dortmund in his first year, won over the fans quickly and demonstrated a clear and successful gameplan), Roy didn’t (a litany of embarrassing defeats, negative tactical approach and press conferences and never got the fans onside), hence one got a new deal and one left the club despite just one position difference in the league at the time. Crucially, both of these responses from the board were within 6-8 months of the manager taking over.

So looking at Man Utd, it’s been over 12 months for Ole now – surely time enough for the board to have made their decision to back him or not, but either way, sitting around indecisively is doing no-one any favours.

Check on our posts! 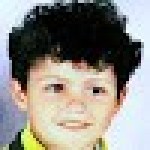